Our blogging friend at www.19thcentury.wordpress.com, a blog about the Victorian era, told us about a website that summarizes a long list of classics in just a minute each!  Go to www.rinkworks.com/bookaminute/classics.shtml.  Okay, so you’ll miss a few details and all of the romantic or dramatic touches.  But think of how much time you’ll save! Cathy

The Story Behind Edgar Sawtelle 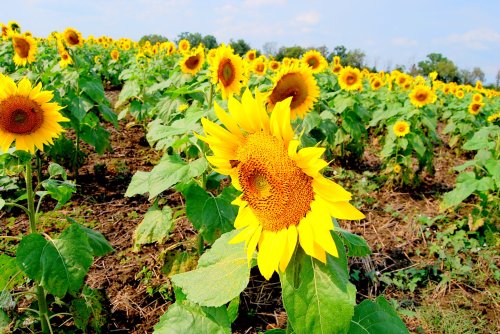 This is a book mostly about dogs and their people, but I posted this photograph of this field of a vast crop of sunflowers as a tribute to Henry Lamb, one of the characters in "The Story of Edgar Sawtelle." Lamb's choice of sunflowers as a crop made Lamb unusual in a life he said many described as ordinary. (Also, I thought it was a gorgeous scene when I drove past this field on September 19 near Quapaw, Oklahoma.)

Here is the link to David Wroblewski’s the story behind “The Story of Edgar Sawtelle.”  Our book club read this book as our September choice and we unanimously agreed we would recommend it.  Seldom are we all in accord!  Oprah now has decided to jump on our bandwagon and has recommended it for her book club, too.

David Wroblewski’s website is www.davidwroblewski.com, which has biography information and reviews. 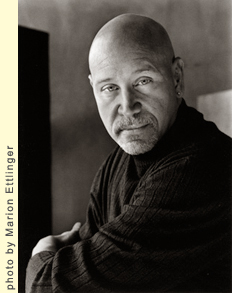 Janet Maslin’s review of the book from the New York Times: Talking to Dogs, Without a Word

A story about the author in the New York Times: This Summer’s Dog Days Suit One Novelist Fine  It also includes links to other articles. 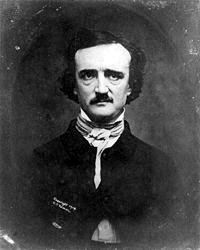 Edward Pettit, an Edgar Allan Poe Scholar, argues that Poe’s body belongs in Philadelphia where he wrote many of his works not in Baltimore, where he’s buried because he happened to die there — under strange circumstances.  On January 13, Pettit is going to square off against Jeff Jerome, the curator of the Poe House in Baltimore.  January 19, 2009, marks the 200th anniversary of Poe’s birth.

Jerome says he’ll argue with grace and facts and then walk over to Pettit like a gentleman and punch him square in the face.

For more about the story go to my blog at this link Philadelphia and Baltimore Fight Over Edgar Allan Poe’s Body.  There’s also a link on my blog to a story about it in the New York Times.  I’m too lazy to re-write it all here.  Cathy

George Orwell is in the news again! (with Evelyn Waugh)

Some people just can’t keep out of the news.  I recently wrote in this blog about George Orwell’s new blog, which is on the blatherblog blogroll — that’s a tongue twister!

Now Orwell is the subject of a new book along with Evelyn Waugh.  The book, The Same Man: George Orwell and Evelyn Waugh in Love and War, is by David Lebedoff.  The book sounds like a fascinating history of their times as well as a discussion of the work and lives of these two literary giants. They both had widely different views on a number of issues, such as religion, the Spanish Civil War and economics.

Here’s are two New York Times book reviews.  The book must be worth reading, since it merits TWO reviews in the Times.  Here’s Michiko Kakutani’s review: Literary Soul Mates or Authors Who Were Polar Opposites?  Here’s what Jim Holt had to say about the book: Two of a Kind

If this isn’t enough about George Orwell, you can go to my blog post Newspeak   Cathy

This is our “avatar,” which will appear whenever we make a comment.  I was tempted to use Edvard Munch’s “The Scream,” which is how we feel whenever we pay $25 for a book (less at Costco and amazon.com, and free at the library, if it’s available, always my favorite option) and discover it’s terrible and can’t even pass it along as a good read if we want to live with ourselves.  We’re devoted to reading, though, good or bad.  A feverish reader rapidly turning the pages to find out what happens, up all night in her closet so she doesn’t wake the family would have been a better avatar, but I couldn’t find one.  Cathy